Of course, the best way to test the ruggedness of Gem Trek Maps is to use them out in the field, but recently we wanted to find the most effective way to depict their waterproof properties using still photos.

It was a matter of trial and error, starting with an indoor shoot that had us pouring water on to the maps. 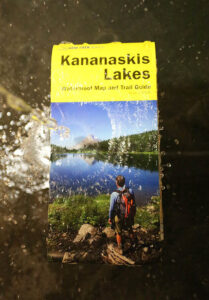 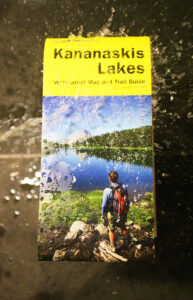 We then photographed the maps in a vase, firstly half filled with water and then with some blue dye to add colour. 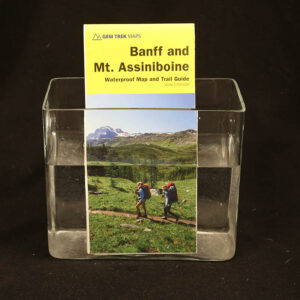 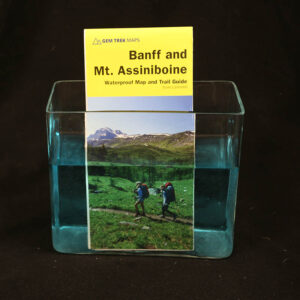 Something was missing, and we decided it was that what the photos needed were a more realistic approach (besides, how many hikers accidently drop their maps in vase of blue coloured water?). And so even though it was November in the Canadian Rockies we headed down to a spring-fed stream that doesn’t freeze over. Our first attempt was in the middle of the day, but the sun was too high and bright, creating weird sun glitter effects that looked impressive, but made the maps hard to read. So on our next attempt we returned earlier in the day. Still, photographing was a tricky process – too much water running over the map created refraction, too little and the water effect was not apparent. We photographed each map at least a half dozen times to ensure we had everything we needed, each time dipping our hands into the near-frozen water to move the maps. Eventually we got what we needed, returning home to warm up and add WATERPROOF text, just in case someone wasn’t sure what we were trying to depict. 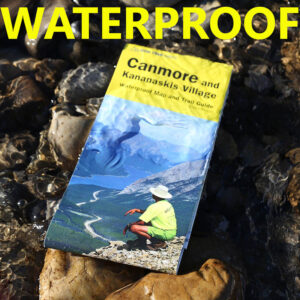